Why Craft Beer is Bad for the Industry

"Craft is winning the cultural war, but providing an alternative that most consumers don’t enjoy or consume far less of"

Today, beer has a problem. Total beer volume is either stagnant or in decline across Europe and the US (-7% and 3% respectively between 2010-2015*. To put that in context, in the same period, the hot coffee industry grew globally by over 28% and in the US by 30%**). Meanwhile, beer’s share of total alcohol consumption drops from over 90% in less developed countries to around 40% in mature markets, as people start to prefer drinking in a number of new environments (e.g. with food) and turn to wine and spirits to satisfy their needs.

However, beer does seem to have one ‘silver bullet’ at the moment – “Craft”. The hundreds and hundreds of micro-breweries opening shop every year in US, UK, Australia argue the complete opposite, claiming that they’re pushing beer forward and reinvigorating an increasingly consolidated and generic lager market.

It may seem odd then to propose that Craft is actually having an adverse effect on the industry, but in my opinion that is the reality in the longer term.

It’s hard not to be romantic about Craft beer. From the majority of what you might read or encounter, Craft is everything beer ‘should be’ – beer made with real passion by real people. As opposed to those greedy corporate machines that have been churning out light lagers for the past 50 years right?

And I can fully understand the optimism:

Sometimes I wish I could just surrender to the romanticism of the ‘next big thing’, but a combination of my day-to-day work and personal desire to suss out the true value of emerging consumer trends / behaviours doesn’t allow me to do this.

Whilst Craft serves up these short-term fixes for the industry to talk around, overall it carries with it some dangerous side-effects that from a commercial stand-point, could have long term implications for the whole category.

Long term damage: don’t drink that, drink less or none of this

The Craft movement has been very effective in portraying the mainstream beer market as unfashionable – “consolidated”; “profit driven”; “lacking in innovation”; “low quality lagers for the masses” – and worryingly it’s a story consumers are buying into. I say worrying because emerging, influential consumer groups (e.g. Millennials) are developing a negative perception of established lager brands and being encouraged to explore beer’s fringes instead, where four troubling realities lie:

In summary, Craft is winning the cultural war, but providing an alternative that most consumers don’t enjoy or consume far less of. If this continues and Craft and the mainstream can’t find a way to co-exist in a way that compliments each other (celebrating both the innovation of Craft and the heritage and / or quality of established brands), then I’m afraid there isn’t a huge amount to be optimistic about in developed markets long-term. 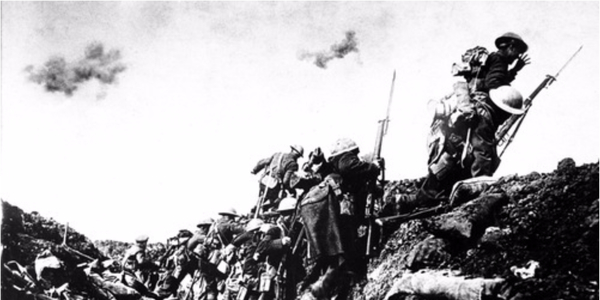 Why Businesses Need to Adopt a Growth Learning Mindset

Recently, I took a fascinating, sobering trip to the battlefields of the Somme. The First World War is synonymous with...
Read more
More stories
Close