"Perhaps it's time for the industry to stretch their extensive knowledge of drinking occasions, to develop a product that is 'what to drink when you don't ever want to drink alcohol'."

January, the month where large numbers of us attempt to make amends for over indulging at Christmas, and where alcohol abstention becomes a hot topic everywhere. It’s estimated that more than 3 million people in the UK will take part in ‘Dry January’ in 2018 (YouGov), and there’s certainly no getting away from the topic this year. The second issue of Time Out in January contained multiple adverts for non-alcoholic beers, and free samples are being offered at stations almost daily. There are signs, from both consumers and manufacturers, that this trend isn’t just for January. ONS data shows that the proportion of UK adults who say they drink is the lowest on record (56.9% of those over 16 had a drink in the previous week, vs. 64.2% in 2005) and the big industry players are responding. Since 2015, San Miguel, Carlsberg, Heineken and Budweiser have all launched non-alcoholic variants and Diageo have invested heavily in Seedlip, a non-alcoholic spirit listed in many high-end cocktail bars.

Industry Leaders are Creating Copies of their Products (Minus the Alcohol)

What each launch has in common is that they’ve mimicked existing category cues. Beer brands have leveraged strong brand equity from existing beer brands, while Seedlip has used the language and cues of the spirits category. In the words of the Seedlip founders, these drinks are “what to drink when you don’t want to drink”. Perhaps more accurately, they are what to drink when you don’t want to drink alcohol at this particular moment. These products are tapping into the growing consumer trends of moderation that extend beyond alcohol. Like the products launched to tap into increased interest in gluten-free, low sugar and vegan products, these new ‘beers’ replicate the original experience without the ingredient you want to avoid. If you’re really craving an ice-cold lager but you’re watching your intake, then a product that’s close to what you desire, minus the alcohol, is a clear winner.

The big beer players are seeing strong sales of their launches, and there has been an increase in sales of non-alcohol beers overall. The Grocer reported that the category had its highest growth in five years in 2017. Value sales are up 20.5%, but on its own this does not offset the concurrent decline of high-strength lagers.

Will Non-Alcohol Variants of Existing Brands Transform the Category?

Reduced alcohol consumption looks like a consumer trend for the long term, but is it a true growth opportunity for the category overall? Given that the growth of non-alcohol variants is only partially offsetting a longer-term decline in traditional beer consumption, it would appear not. ABInBev believe that their non-alcoholic launches “are rejuvenating the beer category a bit”. The key words here are ‘a bit’. These launches don’t feel like category game changers. They feel like cleverly executed portfolio plays to ensure sales from existing consumers are not lost to competitor products or adjacent categories. While this might slow the decline of beer in some markets, it doesn’t feel significant enough to truly rejuvenate.

There’s also been an increase in activity for manufacturers of adult soft drinks keen to tap into the same trends, but many of these are replicating the current approach of the alcohol industry. For instance, Belvoir’s “Wine Without the Hangover” is unlikely to attract those who have never felt such head-pounding joy. Ounal Bailey, co-founder of Wisehead Productions, the Britvic-owned incubator dedicated to developing zero proof drinks, sees a big opportunity in creating an experience that feels more grown up than traditional ‘fizzy pop’ products. However, she acknowledges the challenge, particularly in a market like the UK where alcohol has a particular place in our consciousness, is that an easy shortcut to signifying ‘not for kids’ is to use cues from the alcohol category. Wisehead is using techniques familiar in alcohol such as charcoal filtering to create products offering elevated drinking experiences such as their T&E No. 1, a zero-proof drink. However, this challenge extends beyond product and packaging to include even the location of these products in-store. Should adult soft drinks, or non-alcoholic beers, be merchandised in the ‘adult space’ of the Beer, Wines and Spirits aisle or alongside other, more traditional, soft drinks? Understanding and unlocking the shopper mission, either for moderators, abstainers or both, will be crucial for manufacturers and retailers as the trend continues.

The Most Sizeable Opportunity Exists Outside the Category

What then could really transform the drinks category? If you follow Byron Sharp’s doctrine, and increasing numbers of marketers do, then the key route to growing brands is through penetration, not attempting to retain consumers who might be thinking of switching away. If you want to recruit new consumers, is a copycat non-alcoholic variant of your existing product the best route? If you’re not a Budweiser drinker when you’re off the wagon then will Budweiser Prohibition really appeal when you’re on it? Extrapolating further, the biggest area of opportunity for penetration growth is arguably the opposite strategy – people who have never even entered the category. Not to recruit them into drinking alcohol – a strategy that would be both ethically and legally questionable – but to meet their needs.

According to the WHO 2011 Global Status Report on Alcohol & Health, 45% of the global adult population are lifetime abstainers. When including those who have not drunk in the last year, that figure rises to 58%. Here are a large number of consumers who have no connection with existing alcoholic brand or category cues. Obviously, this pool of people is not homogenous; for instance, the proportion of former drinkers within that group is much higher in the Americas and Europe. Considering the UK alone though, Nielsen estimates 1 in 5 adults claim to be teetotal. This 20% are unlikely to consider purchasing a product if its main characteristics are ones that mimic another product they’ve never engaged with, or are now choosing to actively avoid.

The current focus on copycat non-alcohol variants is proving successful in targeting those looking to moderate their alcohol consumption. But perhaps it’s time for the alcohol industry to take a look at stretching their extensive knowledge of drinking occasions, and the role a beverage can play in those, to develop a product that is truly ‘what to drink when you don’t ever want to drink alcohol’. To really unlock growth in a stagnant category, manufacturers could look to create new cues and associations for those not already engaged in that world. Obviously, this is harder, and riskier, to do than creating non-alcoholic line extensions. But the pool of consumers is there, and most likely thirsty. 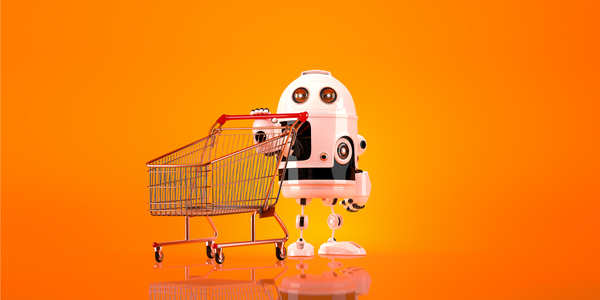 Retail is Becoming More Automated - How Do You Keep Building Personal Relationships?

In a recent Fabian Society report ‘The Future of British Retail’ three emerging models were identified that could...
Read more 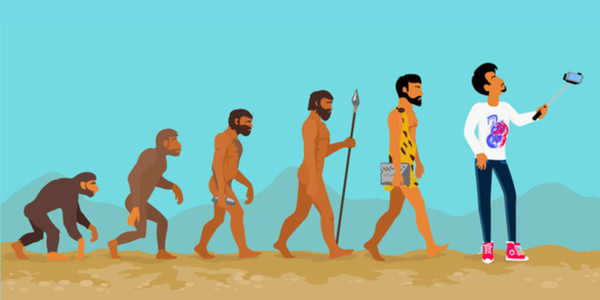 What Comes After Generation Z?

In a recent workshop, one of our clients was discussing issues they will be facing as a large FMCG in 2020. One of...
Read more
More stories
Close