Why Businesses Need to Adopt a Growth Learning Mindset

"There’s often no shortage of investment towards the noble but ambiguous goal of ‘Innovation’ and ‘Growth’, but identification, process & measurement is often what let’s down initiatives."

Recently, I took a fascinating, sobering trip to the battlefields of the Somme. The First World War is synonymous with images of brave young soldiers, walking headlong into a hail of bullets in a forlorn attempt to gain ground. This is made even more ridiculous by the prevailing parody of the officer class sitting miles from the front line, quaffing wine in the mess tent. Yet, before so many thousands of British troops lost their lives ‘going over the top’, French infantry had discovered a much more effective approach to advancing on enemy machine guns.

Cover-fire is something which is now well understood. But at the time, the idea of having two teams work in tandem, one providing covering fire whilst the other advanced, wasn’t widely employed. The French were using it, but why weren’t the British taking full advantage of something that would potentially drastically improve the chances of Allied success & save countless lives?

Well, they certainly weren’t unaware of the approach. General Haig is reported to have reviewed the tactic, but claimed that the largely conscripted, untrained British infantry wouldn’t have been able to use it effectively. Historians argue over Haig’s decision, and I think it was a poor one. And this inability of the British forces to take this knowledge, learn from and embed best practice is another excellent mirror image of a modern business issue:

Where’s the innovative thinking in my organisation, and beyond? How can we learn from it and embed it at scale, and with speed?

In PWC’s 2016 survey, 55% of CEOs rated the ability to answer those questions effectively as one of their most important drivers of future success. It’s a challenge particularly pressing for larger, international businesses. There’s often no shortage of investment towards the noble, but ambiguous goal of ‘Innovation’ and ‘Growth’, but identification, process & measurement is often what let’s down initiatives.

It’s going to be critical for organisations to fix this; there’s money to be saved on the identification, sharing & scaling of the best ideas coming out of the business. There are some key questions you can ask to get you started:

Are your Leadership Team clear on the most important things?

It’s taken for granted that we all know what we’re doing. Crucially, though, in the modern disruptive business environment, where margins are being attacked on all fronts, it’s difficult to know where to focus. Everything’s a problem, so where do you start? It’s a difficult start, but before you even get to the identification of best practice approaches, make sure the organisation is utterly clear on the priority areas for learning.

Do you have a forensic approach to learning from success and failure?

You can’t develop a new capability simply by doing a few case studies, packaging it up in a nice booklet and sending it out. The most effective organisations know not only where to focus, but how, going to a forensic level of detail to identify the drivers behind successes and failures. They constantly challenge and develop the knowledge base and the data behind it to find the actions you need to replicate key learnings.

Do you have your highest performers working on growth learning?

If you offered a CEO the opportunity to take transformational thinking from one part of the business to another, surely, they’d put their best people on it? Sadly, as soon as an initiative is linked to capability development it often comes under the domain of training. Training teams do incredibly complex and valuable work, but the transfer of innovative thinking, learning and approaches is not a training exercise. You need your most commercially experienced people interrogating the evidence and defining the implications for the organisation.

Do you have the right structure and community to make it happen?

In our experience, if you want to effectively enable growth learning you need to build and invest in a community that contributes to it. It’s not a light undertaking, or a few training days a year. It’s the development of a senior community who shares responsibility for developing, challenging and embedding learning process. They’re also the key drivers, providing new evidence to help evolve and improve existing best practices.

Haig got it wrong

For me, there is little doubt that Haig could have done more to understand new military approaches and ultimately improve performance, saving lives. Surely, he would have acted differently if he had a methodology to embed new thinking effectively. It’s difficult to see value lost in not doing so, but that’s why organisations who really understand growth learning are far more likely to succeed in one of the most challenging commercial environments of modern times. 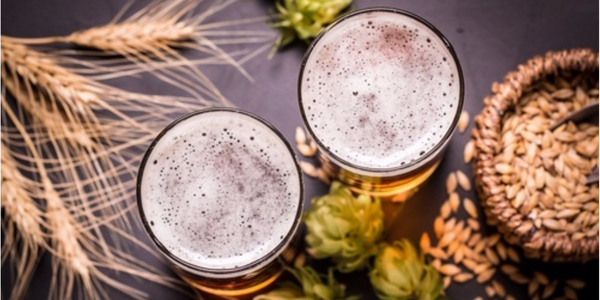 Why Craft Beer is Bad for the Industry

Today, beer has a problem. Total beer volume is either stagnant or in decline across Europe and the US (-7% and 3%...
Read more
More stories
Close